On July 8, 2007 we finally arrived at our summer home! We spent some extra time in Texas both for some health issues and also to be there to see our son arrive back at Ft. Hood after spending a year supporting the Iraqi Army. That was a great day and well worth the delay, but we were so happy to arrive here and the feeling of coming home again. This being our sixth wildlife refuge it has come to a point where we really feel at home on them, and we have never really cared for living in RV parks. 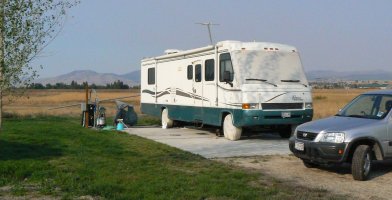 Our main job here was to operate the visitor center on Saturday and Sunday but we also helped out with some other projects around the refuge as well. Our site had full hook-ups and 50A power and laundry was just across the street. This is one of the smaller refuges at about 2800 acres. It is mostly for migratory birds but it also is home to large numbers of deer, a few bears and winter has both elk and moose. 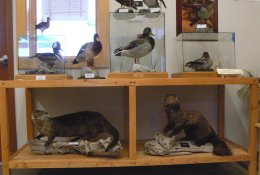 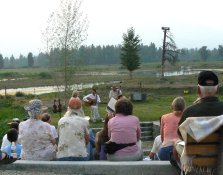 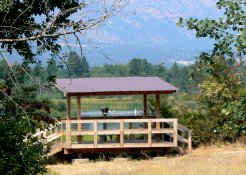 In addition to our work in the visitor center, we assisted the staff with an evening program, some interpretive programs and occasional maintenance tasks. Since my hobby is carpentry, I also built several display stands for the visitor center. I generally worked on those projects on days when I was looking for things to keep busy. Like most refuges this one has a pretty complete woodshop and I was quite at home there. 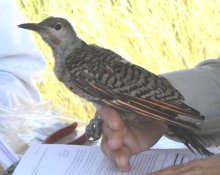 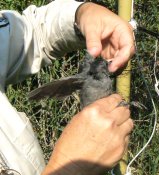 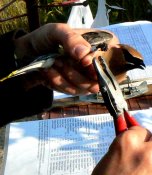 One of our most unique experiences here was to be involved in songbird banding. Such operations require the presence of a licensed person since capture of songbirds is not legal unless supervised by a licensed person. Bird banding is a major program here which is done each Thursday all summer. Nets are set in the same location each time and year after year so that data about nesting birds is consistent. 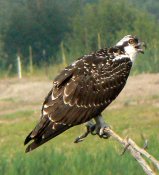 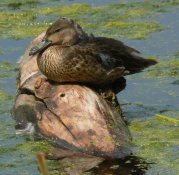 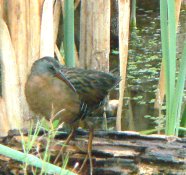 The refuge is the summer home to many different birds as well as a key part of the migration route for many water birds, raptors and songbirds. 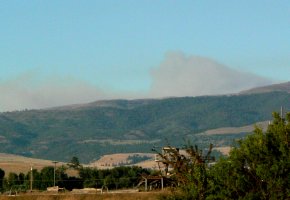 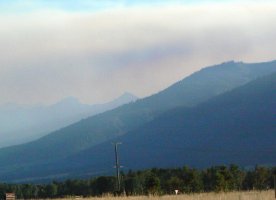 One of the less than pleasant factors in our stay here was the fact that there were nine major forest fires within 100 miles of our location. Most times we would have smoke clearly visible and on worst days it would smell of smoke and the mountains were not visible, though they were only five miles distant to the west and about ten miles to our east. This was the worst fire year for Montana in a very long time. We were really tickled when we discovered that we had been named "Volunteers of the Month" as this refuge has a large number of very active volunteers. 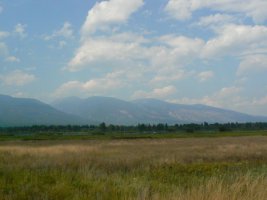 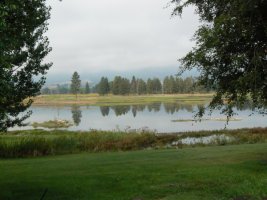 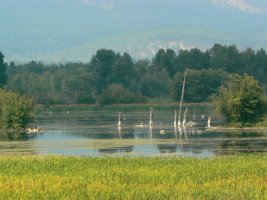 Lee Metcalf NWR is a place of beauty and solitude and a wonderful place to spend a summer! 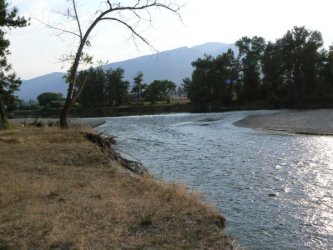 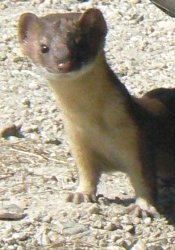 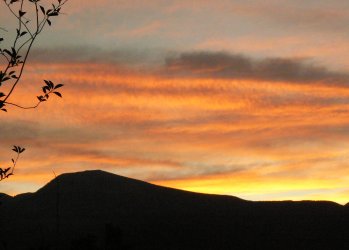