Of the first four American presidents, three made their homes in Virginia, and all four were close friends and all remained in close contact throughout life. George Washington, James Madison and Thomas Jefferson were from Virginia and though John Adams was not, he was a close associate and friend of the other three. And all four were signers of the Declaration of Independence. The homes of Washington, Jefferson and Madison are open to the public and worth a visit. 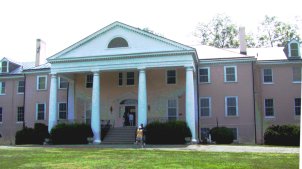 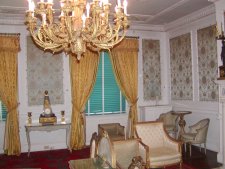 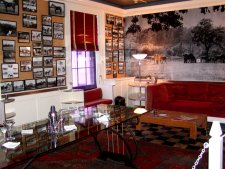 Of the three presidential homes, only Montpelier allows pictures inside of the house. Strangely, at the other two the park service does not own the copy rights to the furnishings, even though they do own most of the items there. Montpelier was the last of the three homes to become a monument and it was allowed to fall into ruin and has required the most restoration. Most of the home is not yet open to the public because of it's poor condition. But restoration efforts are under way.

While you can see Montpelier in a few hours, it is easy to spend all day at Monticello. There are grounds, home tours, garden tours, the grave yard and much more to see here. While there is an admission charged, all tours are included. The parking is at the bottom of the hill and you can either walk up the hill and back or there is a free bus you the ride. We rode up and took the path across the grounds to return to the parking lot. The tour guides are excellent and informative. Jefferson had by far the largest collections and many are still in his home. You will also see many of his own inventions. 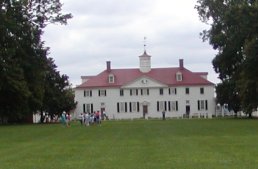 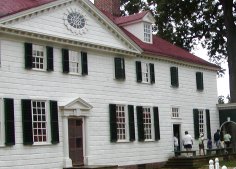 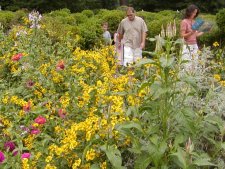 Washington's Mt. Vernon has never been allowed to fall into ruin and was purchased from his heirs soon after his death. For that reason it is the best preserved of the three homes. Also, of the three, Washington was the most conservative in lifestyle and the most progressive farmer, so he was the only one of the three who was still wealthy when he died. Upon his return home from the capitol, then Philadelphia, he gave much attention to farming and so continued to be very successful. The other two had very lavish living habits, but Washington never did. He was a gracious host with many guest rooms and no visitor was ever turned away. 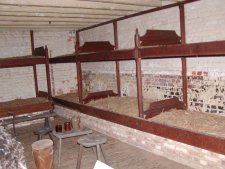 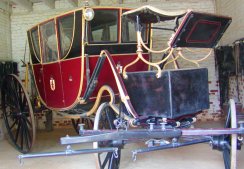 At Mt. Vernon there are many things to see as the grounds are quite large with many of the original buildings still standing and living history people at many locations. The artisans are very willing to answer questions and even to give you a lesson in how to do the work that they are doing. This is another of the all day locations to visit. The former president was the first farmer known to have practiced crop rotation in America, and he never grew tobacco for other than his and his guests use, because he realized that it destroyed the land. While most plantation owners operated on the theory that there would always be new land available when the present was destroyed, Washington realized that it was more cost efficient to take care of the land he owned. Like other plantation owners, he did purchase more land but he bought land that others were abandoning for very low prices and then worked to restore the productivity of it. He died far more wealthy than any other signer of the Declaration of Independence. He was one of the most wealthy men in America by his death.

Strangely, all three of these men owned slaves but were opposed to slavery. And Washington is the only one of them known to have freed his slaves, and he did so upon his death. Jefferson believed that the slaves should have their own country and was instrumental in the organizing of Libya. Jefferson did pay his slaves a small salary and did allow them to live as families on the plantation, so most were fairly happy there and they did live in better conditions than many of the white men who owned small farms in Virginia. But he also did use punishments common to slavery on occasion and the ultimate punishment was sale. Washington directed that no slave was to be sold for any reason and he also prohibited his overseers from whipping. All four of the first presidents were vocal in the belief that slavery was the issue that would be the greatest threat to the success of the Union. Jefferson even wrote that the injustice of slavery was so great that it would take generations for blacks and whites to be able to live together peacefully. History has shown that these founders of the country were correct.