The Republic of Texas was born and ended in the small town of Washington. Washington was named by it's founders for another town by the same name, located in Georgia. On March 2, 1836 the Declaration of Independence was signed by 59 delegates elected by the comunities of Texas. Ten years later Texas was annexed into the US and became the 28th state, and Austin became the seat of government. 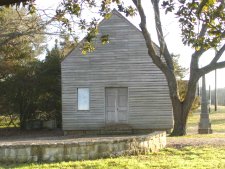 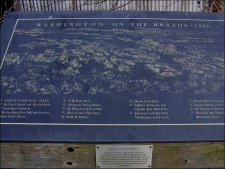 If you have an interest in the history of Texas, this park is as important as the better known Alamo. The convention held here was the reason that Col. Travis, Davey Crockette, Jim Bowie, and about 180 others chose to fight to the end. In addition to what remains of the little town of Washington, the park has the actual home of Anson Jones, the fourth and final president of the Republic of Texas. 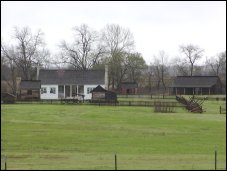 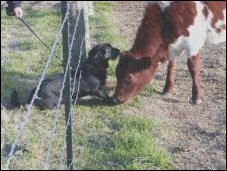 The farm has staff dressed in period costume working and caring for the animals as they would have in 1846, after Texas became a state. There are cattle, chickens, oxen, and pigs of breeds that would have been found at Barrington when the Jones family lived there. 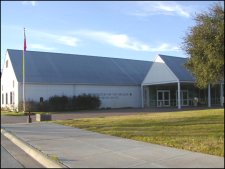 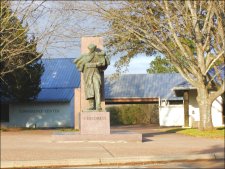 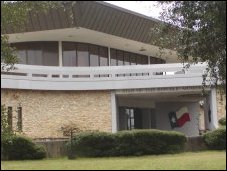 Like all of our previous positions, the park supplied us with a site for the motorhome. We have full hook-ups and also access to a phone connection for which we pay the bill. If a host chooses not to pay for a phone, there are phones accessible for use for local calls or with a phone card. The park has four sites for the RVs of "live on" volunteers. We were behind the conference center and work in the visitor center. 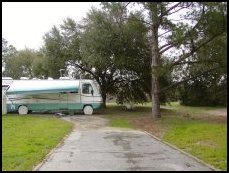 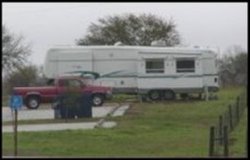 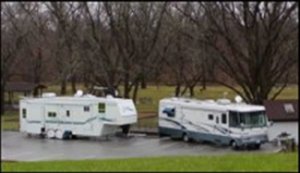 Other volunteers help with park maintenance, perform living history in period costume, and care for the livestock on the farm. This is a day use park so the volunteers are the only people in the park in the evenings. The park manager does live across the road, should assistance be needed. Washington, Texas is located midway between Navasota and Brenham, just off of Tx-105. 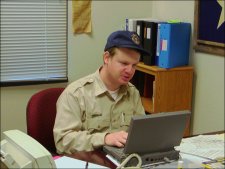