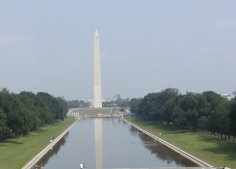 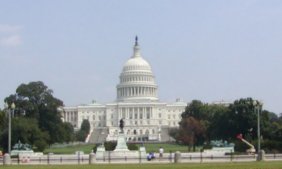 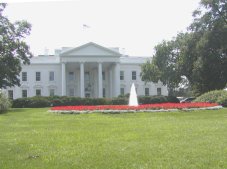 We spent a week at Pohick Regional Park to visit the Washington DC area. This is one of those places that has far too many things to see for just a short visit. We spent all of four days in the capitol and the other three days visiting Mt. Vernon, Manassas and other places of interest in the area. Due to the 9/11 incident, security is the capitol is very tight and it is now difficult to get access to some things like the capitol building and the White House. But we still had very full days and saw all that our time allowed. If you should ever find yourself in that part of the country, Washington DC is one of those places that all of us should see! 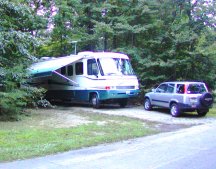 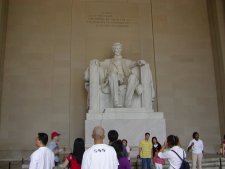 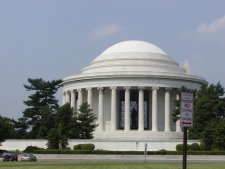 Pohick Park is located near Mt. Vernon, VA and is just beyond the terminal for the "Metro," a commuter train that will take you into the capitol. It is convenient if you wish to avoid dealing with the traffic and the parking. We did drive into the city on a Saturday and by going in early, were able to park right on the mall, but I would not drive on a week day. We did visit all of the usual memorials and sites. We spent half of the first day on a tour that took us around and showed us where everything was, and then we spent the rest of our visit returning to the things that we wanted to see in detail. This worked very well for us. 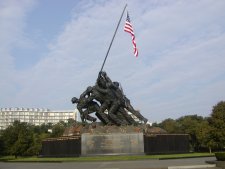 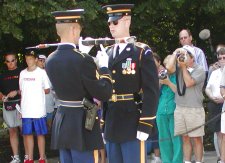 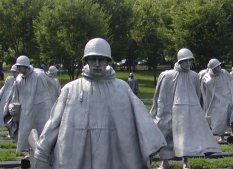 This is a city of monuments and memorials and there are some really striking ones. As a veteran myself, the military monuments are at least to some extent, a must see. I have read much of WWII and what those men did and feel strongly that it is sad that much of what they did is being forgotten. And then there is the Korean "police action" which I remember slightly, and know how the people who fought there must feel about the lack of attention that they have received. But since I served during Vietnam, and lost several friends there, that was for me the most difficult part, but one that I could not stay away from. 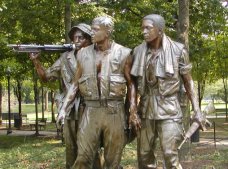 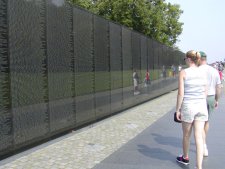 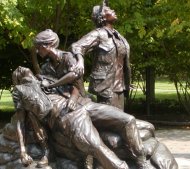 Having joined the Navy in 1960, at seventeen and spoiling for a fight, and serving until spring of 1968, I often think of the fact that I could well have been there, had circumstances been different. And if you click on the center picture, you will find an image that still makes me pause, since it puts me "on the wall."

The Smithsonian Institution is not one, but sixteen museums and the national zoo. Of these my favorite is the Air & Space Museum. There you will see things like the first human powered aircraft, the first airplane, two famous space capsules and just about anything to do with flight. We spent most of one day in this one.

It would take far too much space to attempt to show all that we saw in Washington. But we hope that what is here will inspire you to plan a trip to see this amazing place. And when you do, plan to spend at least a week, as that is not nearly enough. I am appalled to think that more Americans have seen Disney World than Washington DC and our capitol! But I have read that it is true, so lets just hope that the writer was wrong.