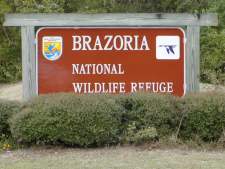 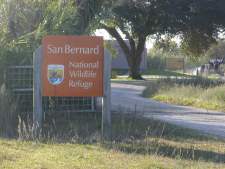 The Volunteer Village at Brazoria is the home of all volunteers for both refuges as well as to several graduate students who are here doing research projects.

These refuges are operated by the US Fish & Wildlife Service, and like most of the refuges, they are mostly sanctuaries for birds, although all wildlife is protected here. 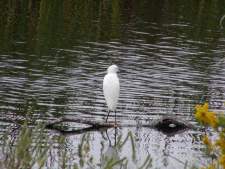 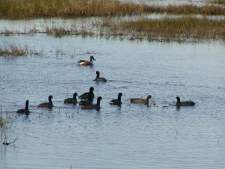 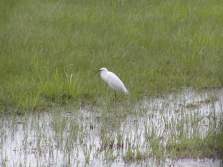 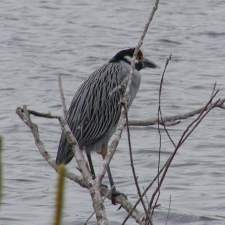 >Bird populations change with the seasons because this is a very important stop for migrating songbirds in spring and fall, as well as the winter home to a very large variety of waterfowl. 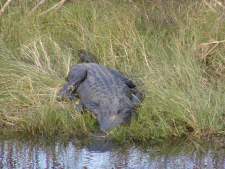 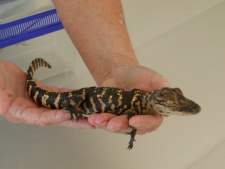 Alligators are among the permanent population of both refuges. The larger one, about 10 feet long, lives at Brazoria, and the small one is from an animal rescue group and will be released back to the wild when larger.

While we live on Brazoria Refuge, each Tuesday, Wednesday and Thursday we drive a refuge truck to San Bernard Refuge where we spend most of our volunteer time. 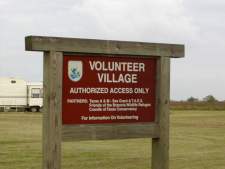 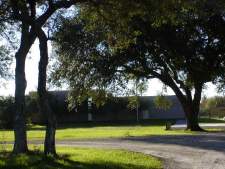 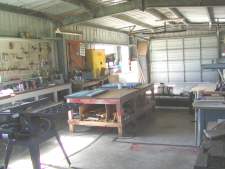 Like all newly arrived volunteers, we were shown a list of projects needing attention at the refuge, and were given our choice of what projects we wished to do. We spend a good part of our working hours in the carpenter shop, or outdoors. We have been involved in restoration of the trail signs for the refuge, with Kirk doing the woodwork and Pam doing the painting and artistic work. Kirk also does mowing of grass and operates a tractor and Pam has helped in the office. Kirk has also done a project remodeling an old hunting shack into a game check station for special hunts on one of the newer tracts of land on the refuge. 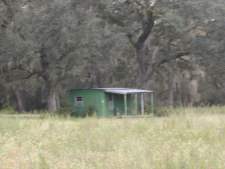 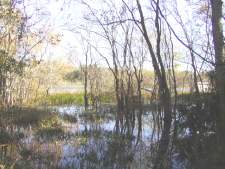 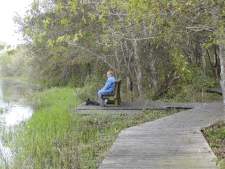 While hunting is not usually allowed on the refuges, occasional special permit hunts are held for specific varieties of bird. But even poisonous snakes are protected on the refuges! While we spend more time working here than we have at any previous place that we have volunteered, we love it and we feel that our work is the most satisfying of all that we have done thus far. 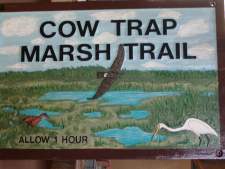 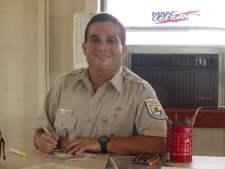 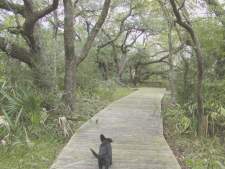 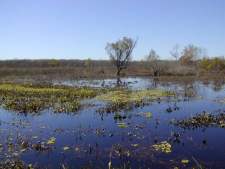 In the National Wildlife Refuges you are usually asked to work three days each, in return for your site. But the USFWS does supply you with propane in addition to the site and they also provide a washer & dryer. Several sites have access to a phone line if one is desired as well as access to a local phone being provided in the park for the use of all. That phone even has an answering machine to take messages for the volunteers. We lived in an eight site RV park that was for volunteers, only. We did commute each work day from Brazoria to San Bernard refuge, but we were supplied with a truck and the fuel for the truck throughout our stay. Our treatment as volunteers was the very best here of any volunteer position we have held, even rivaling that of Cheney! The refuge staff make great efforts to find needed work for you that you will enjoy doing. You are encouraged to get involved in the more interesting aspects of a wildlife refuge as well as the wildlife studies. We so enjoyed this position that we are planning to spend time at other USFWS locations in the future. Also, San Bernard has a manager who is well on her way to becoming as great a manager as we found Jerry at Cheney to be. Jennifer went to great lengths to be sure that we had a great stay and was quick to remove any duty that we found in any way, unpleasant. The only negitive that we would find here is the large population of mosquitoes, and the refuge does supply you with repellant. 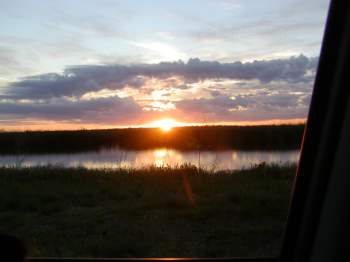