Our neighbor to the north.

One of the nice parts of spending a summer in "Down East" Maine was the ability to run over into Canada on a moment's notice. Since we were just a short distance from Calais, Maine that made New Brunswick only a few minutes away. The town of St. Stephen, NB is very closely tied to the Calais community and there are many families that have members on both sides of the border. The two communities have always been very much intertwined. St. Stephen is about twice the size of Calais and much business takes place between the two populations. 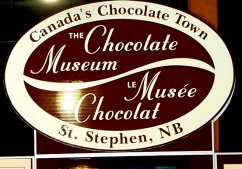 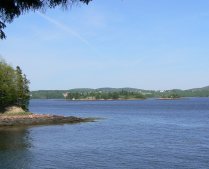 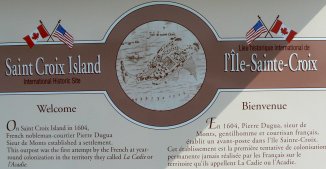 St. Stephen is known as the "Chocolate City" because it is home to several candy companies and to two of the remaining factories that make hand dipped, chocolates. The Chocolate Museum is in the factory of Godina Chocolate Company. It is the world's most fattening museum because there are plates of free chocolates and other candies that they make, sitting everywhere. And you are encouraged to have at least one more, and to take one or two for the road as you leave. St. Croix Island was the home of the first European settlement in the northeast and it was by French colonists. After the first winter, they abandoned the island and moved to the mainland of Maine. The French were the first to settle much of the New Brunswick area and it is the only province that is officially bilingual, with both French and English as the language. All road signs are in both. 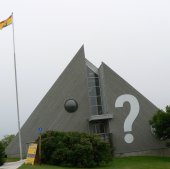 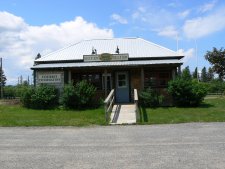 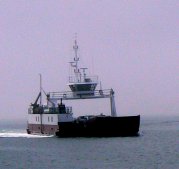 Visitor information centers seem to be everywhere. I think that New Brunswick must have more of them for the population than anywhere else in the world! One of our stops was to visit the small, coastal town of St. George. We then went on to St. Andrew, just a short distance away.. 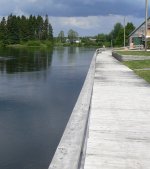 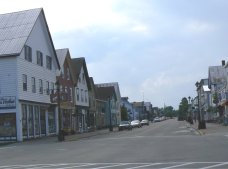 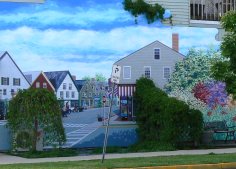 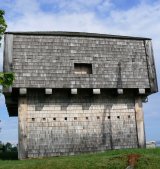 Our first overnight trip into Canada was to visit the city of St. John. It is one of the oldest cities in New Brunswick and an interesting one. 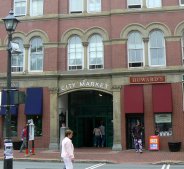 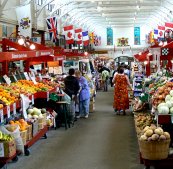 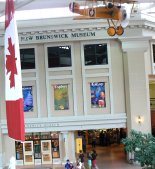 One place that visitors to St. John should not miss is the old City Market. It is an old fashioned bazaar type of market in a long hall that runs between, and under several other buildings. There is everything from groceries & food to clothing and tourist items. We had lunch there as it seems many local business people do, as well as other tourists and working folks. The provincial museum is one of the attractions that are accessible from the market. The old fort on the hill above the city is of great historical interest. 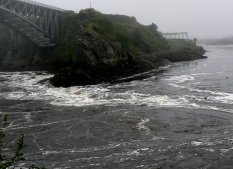 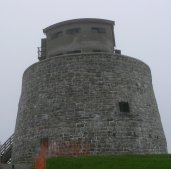 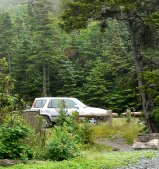 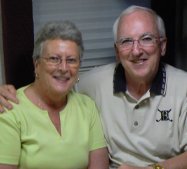 If you get to St. John be sure to take in the Reversing Falls at both high & low tides as the direction of the rapids changes with the tide change. The old stone tower is one of the oldest and rather unique historic forts around and it was even used up through WWII. Irving Gardens is a large natural preserve that was set aside by the Irving Oil family, and is free to the public. We were also fortunate to be able to spend some time with our very good Canadian friends, Dean & Elizabeth Edget. The provincial capital is Fredericktown. Like most cities in the area, it too brims with history.. 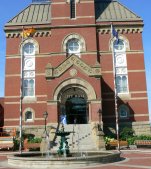 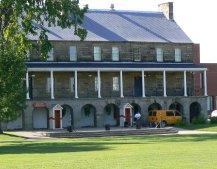 The Garrison District was our favorite part of the city. Like most cities in this part of the world, Fredericktown is on water, in this case a large river. 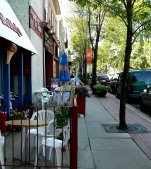 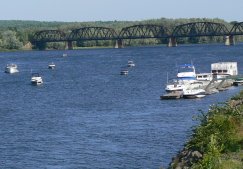 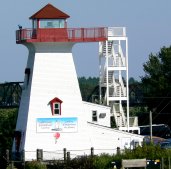 New Brunswick, like all of the area, a very friendly place with a lot of scenery and history. One other place that is not to be missed is the Flowerpot Rock area. It is unlike anything we have seen in other places. The countryside is mostly forested with cleared areas that are farmed. 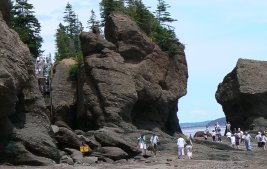 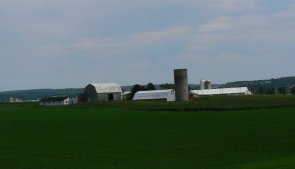