On August 11, 2002, our beloved Fancy, aka Falcor's Fancy Lady, became very ill and while she seemed better toward evening, by Monday morning she was even worse. We rushed her to the vet and the news was grim. She had been struck by a violent outbreak of diabetes which is believed to have been dormant but present for her entire 9 year life. There was no way to return her to health and with many tears we told our dear friend and traveling companion, farewell! Fancy came into our lives at a time when Pam was having health problems and family difficulties, and she gave to us something that we feel very few pets ever could have. She loved the RV lifestyle and especially the evening walks through the parks where we have lived for the past 2 1/2 years. But she had a special sense of when Pam needed her and only two days before her health failed, she chose to stay with Pam, forgoing her evening stroll because Pam needed her. She will never be forgotten, or replaced. 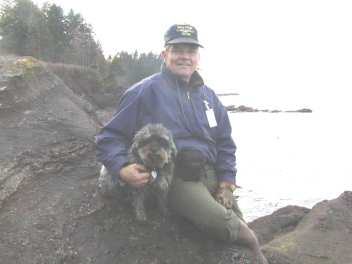 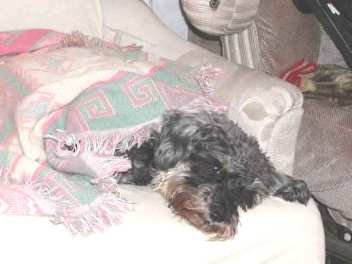 The ache was so great that we soon concluded that we had to have a new friend to help and fill the hole. In that search we discovered a litter of seven puppies in Port Angeles, WA that had been left there at four weeks of age, and who after two weeks of bottle feeding, were now ready for adoption. A friend went to the Humane Society and picked her for us, with the directions that we wanted the most active and friendly pup in the litter. That puppy turned out to be the smallest of the seven, but what she lacked in size, she makes up in enthusiasm! Muffy Marie is a very rare breed of dog. So rare in fact that there are only seven known to exist. She and her six litter mates. She weighed in at a mighty 3# 1 oz., but she is growing rapidly. She is working very hard to make her adoptive parents smile again, and to carry on the traditions that were passed to her by Fancy. We welcome her to our family. 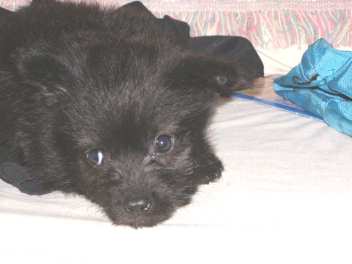 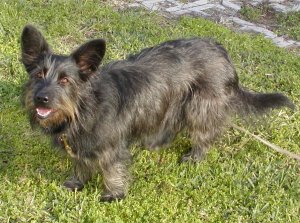