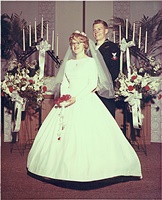 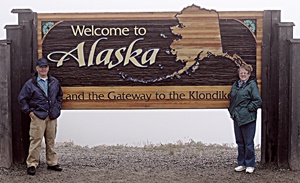 In celebration of that event, we decided to visit Alaska which had been a dream, as yet unrealized. But with the big day in December, it soon became apparent that it might be wiser to wait until summer. We chose to go in late July, for the very best possible weather. Our trip began with a flight from Dallas to Denver, where we met our good friends Keith & Pat, from Cedar Rapids, Iowa. We then flew together from Denver to Fairbanks, AK. 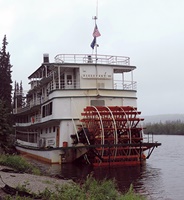 We arrived in Fairbanks at midnight so it was a short night but our first day begain with a hearty breakfast at the hotel followed by a tour of the area by paddlewheel boat, the bus to see the Alaska pipeline and an old gold dredge. We saw sled dogs being trained for racing, watched a float plane depart and land, toured a native village, learned about the pipeline, and panned for gold.  We finished our day there by spending the evening at the home of friend and Texas neighbor, Dave Elbert. 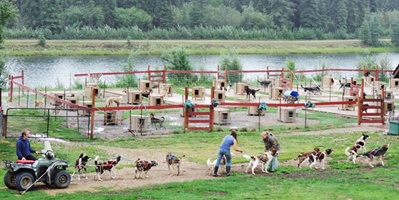 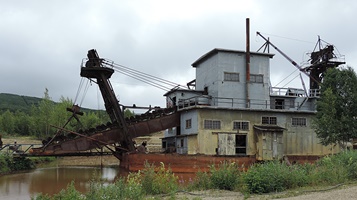 Our second day was a travel day, going by tour bus to Denali Lodge, located just ouside of Denali National Park. It was a rainy but scenic trip and we arrived at Denali in midafternoon. Everyone was given room keys and welcome packet on the bus so that we had no need to check in but went directly to our rooms, where our bags were waiting our arrival. It was good to have a few hours to just relax. 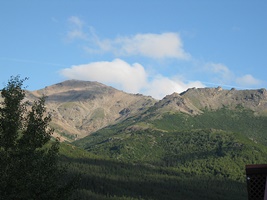 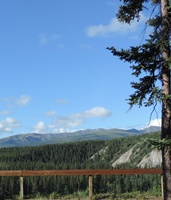 The next morning we were off to tour the park on a guided wildlife watching adventure. We had an outstanding guide who seemed to know the park very well and who also seemed to have an uncanny sense of just where to locate the major wildlife of the park. With his help we saw all of the larger animals and even some smaller ones, along with numerous plants and flowers that are unique to Alaska. 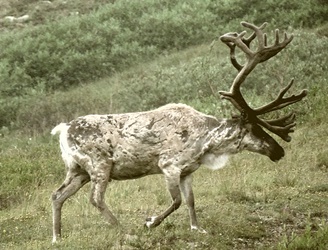 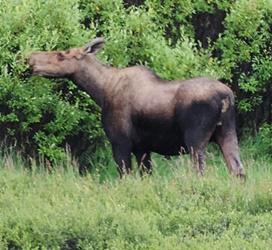 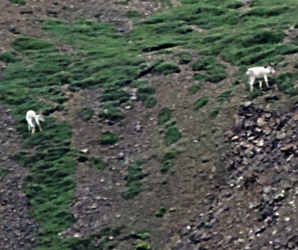 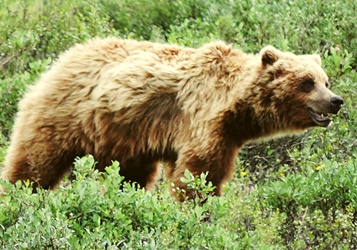 After two days in Denali park we departed to board a train for McKinley Lodge and more scenic touring of the countryside. The trip was beautiful and each car had a tour guide and host to explain all that we were passing by and to see to our needs as we traveled. 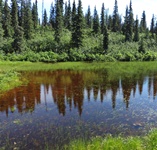 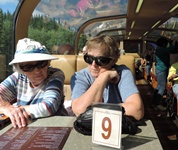 The trip to McKinley Lodge was relaxing but beautiful. We sat in the scenic rail car watching spectacular scenery rush past! 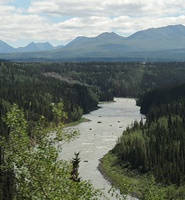 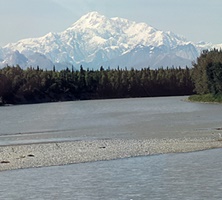 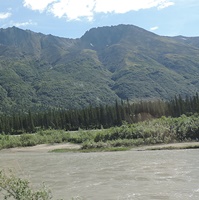 McKinley lodge was in one of the most beautiful settings which we have ever seen. It is said that the deck there is the best place in the world to view Mt. McKinley and we found that very easy to believe. The view was such that most people spoke in very low voices and many compared the experience to spending time in a great church or cathedral. 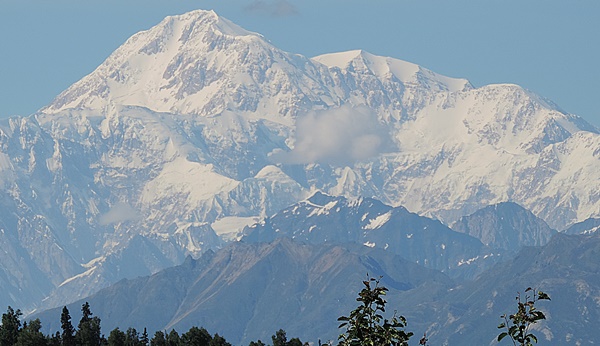 After two days at the lodge we boarded a train once more to head for Whittier and our cruise ship. As before the scenery was filled with breath taking views and great expanses of undeveloped countrysides with very little population sattered along the railroad track.

The trip was very pleasant and we arrived directly on the pier next to our ship, and just walked over to board, passing through security in route. We were rather surprised by the amount of security and health awareness of the cruise industry today. We had a cabin with a balcony which was very nice and a beautiful bouquet from Pan's sister was there to welcome us onboard!  At dusk the ship got underway and headed south along the Alaskan coast. 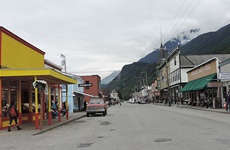 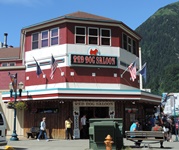 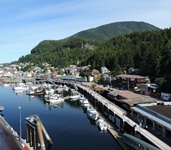 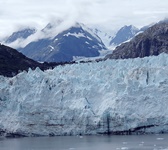 From Whittier we cruised south makig stops in Skagway, Juneau, and Ketchian as well as spending two days in scenic cruising. The balcony stateroom proved to be a wonderful way to see the coast of Alaska! We had a wonderful time and an experience which we will never forget.  We were also very impressed by the great service, delecious food, and amazing amenities of the SS Coral Princess. This was so great that we are now considering what cruise we will take next!