Our first stop in Ontario province was the national capital. It is a beautiful city, but unfortunately, all three of the days we spent there were cold and rainy. We had arrived in bright sunshine, but didn't do any sight seeing at all that first afternoon. In retrospect, that was a mistake! 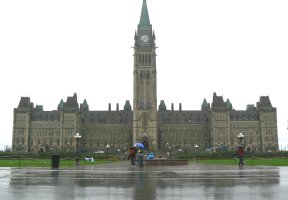 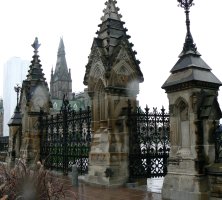 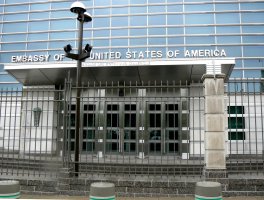 The first thing that we wanted to see in Ottawa was the seat of the national government. Located near to that facility were many of the embassies of the countries from around the world. We walked a great deal in the heart of the city, even though it rained the entire time. It is a beautiful city! 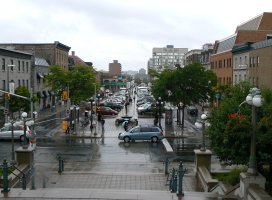 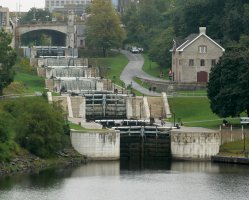 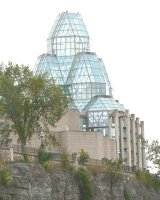 The city is interesting and attractive, but it is also surprisingly small when you remember that it is a national capital. It is much smaller than Quebec or Montreal. As we expected, the city does have a great deal of history and beauty.  After three days of steady rain, we continued our trip west across Canada. 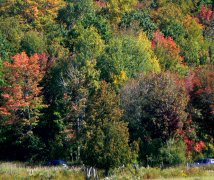 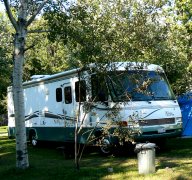 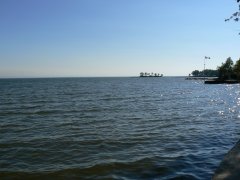 After a little more than a half day of travel to the west, we found the sun again! Canada is much more beautiful when seen in the sunshine. Our final days of our Canadian trip were blessed with warm, wonderful clear skies. We stopped in the small town of North Bay and while there we visited Lake Nipssing. The following day we continued to the west to Sault Ste. Marie and back to the USA. Along the way we encountered a serious accident on Canada Highway 17, the major road in that area. We found it very interesting that the RCMP just closed the road for the investigation, stopping all traffic for the two hours or so, including a 30 minute lunch break! Since we travel with everything, I started the genset and Pam made lunch and we had a nice break to eat it. Once the accident was clear, we continued our trip west, and back into the USA. 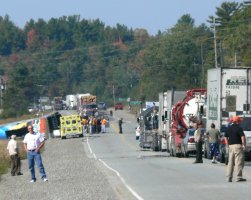