Not far from Everglades National Park, near Naples, Florida there is a private, non-profit preserve that protects some of the last remaining, undisturbed bald cypress swamps that remain in the world. The area does charge admission but is well worth the time and the cost to visit. It is seen via a boardwalk that is about 1.5 miles long and it wheelchair access able. When we visited it we spent about four hours in seeing the area. There is a great deal to see.

Corkscrew Swamp is not just birds, but it also conatins an amazing and beautiful collection of plants, many of which are rare or becoming so. 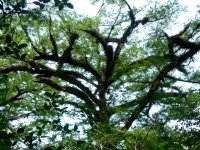 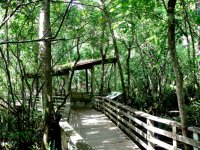 Should you ever find yourself in Naples, I highly reccoment this as a place not to be missed for anyone who loves the outdoors and nature. Yet another preserve that was between Naples and Shark Valley area was a state preserve called Faxahache. 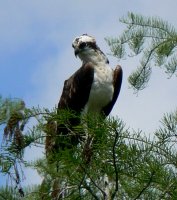 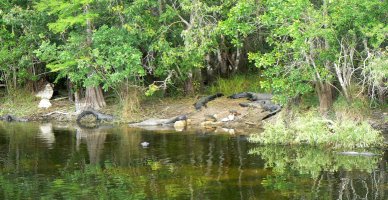 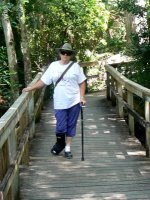 No visit to south Florida is complete without at least one visit to Miami Beach, so we did take care of that while here. We also visited Everglade City and San Marcos Island. Everglade City has an interesting museum and several excellent resteraunts. 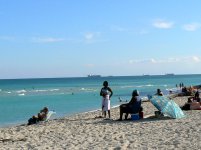 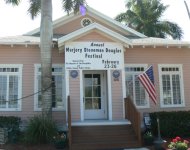 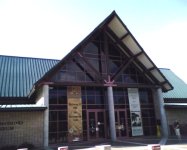 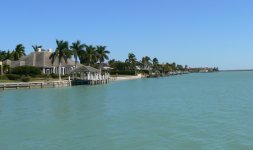 Another very interesting place which we visited in south Florida was John Penneycamp State Park. The park is mostly water and reef and we took a tour of the reef there by glass bottom boat. The tour was very interesting and well nariated. It was about two hours and we highly recommend it to others. 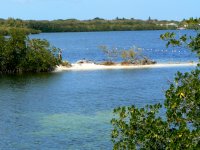 Getting farther away from our base at Shark Valley, we also spent a night in a B&B in Key West to explore the city and then to visit Dry Tortugas NP. 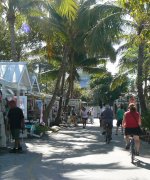 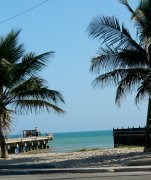 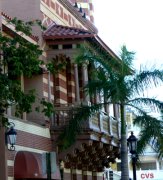 This is an interesting, but very tourist oriented city. It seems to attract everyone from the most wealthy to the street people. Key West is the southern most point in the United States. There are many places to eat, drink and be entertained. There are even street shows on the waterfront every evening. 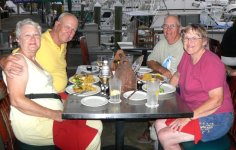 After dinner with friends on the waterfront, we spent the evening watching the entertainers and then retired to our B&B for an early morning start on our trip to Dry Tortugas NP. At 7:30 the next morning we boarded the Freedom II for a 70 mile trip west to this island national park. Boat or seaplane is the only way to visit. 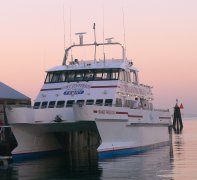 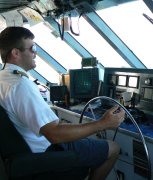 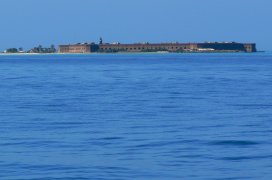 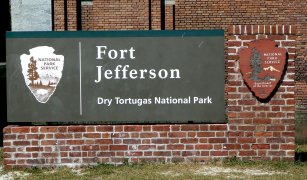 The boat was very nice and breakfast was served once we got underway. By my GPS our speed averaged 38 mph. This is the larger of the two daily boats to the island and while it cost $140 each, about $10 more than the other boat, we all felt that it was well worth the extra cost. For those who wish to snorkel the equipment is provided. There is a small tent area for those who bring the equipment but you also must supply your own water as well. 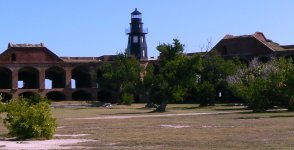 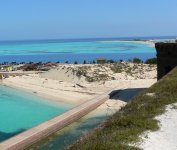 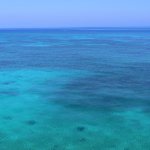 Fresh water is very limited as it is hauled in by boat as the only fresh water on the island is from rain. The fort stored all run-off in cisterns for their use.The old fort was constructed in the pre-civil war era and the bricks were all brought in by ship from the mainland. It was manned during the war, even though it had not been completed. Later in WWI it became a coaling station and anchorage for ships of war. There is a great deal of history here as well as beauty. 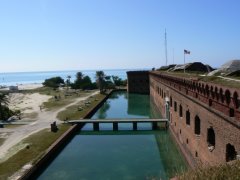 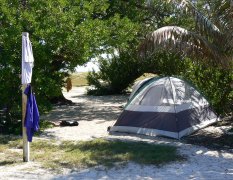 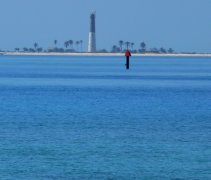 While the trip is rather expensive as park visits go, this was a day well spent and I would not hesitate to make another trip if the opportunity should arrive.