(Some pictures are of different features if you click on them. Others are a different view of the same feature.)

When people think of Yellowstone Park, most think of Old Faithful Geyser, since that is probably the best known feature in the park. But if you have never visited the park you should do so knowing that this is only one of hundreds of geysers and that geysers are just one of many different thermal features. And while thermal features are what ties everything together, there is far more to see and do while you are in the park. We spent ten days visiting the park and it's many unique parts. 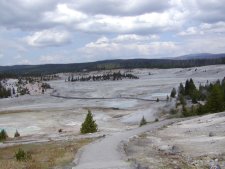 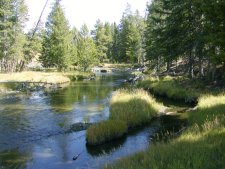 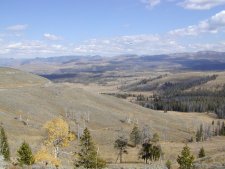 The park is roughly 60 miles by 60 miles, although the east border is not a straight line. The park is mostly in Wyoming, but it does extend a few miles into both Idaho and Montana. We spent 2 1/2 months in Harriman State Park, just 38 miles from Yellowstone and we made a full day visit to each of the major features of the park. This is an attempt to give an overview of the parks features. But remember that photographs can't begin to show the amazing views that you find here. Also, keep in mind that you see very little of the park if you do not take time to take at least the short walks and boardwalks. 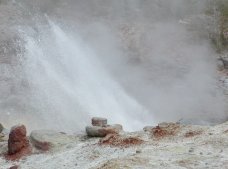 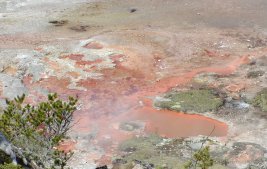 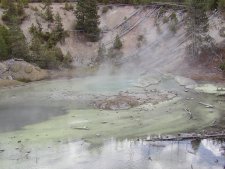 There are eight major geyser basins and all have many different trails to visit them. And scattered about the park are many other smaller thermal features. As you visit these features it is very easy to see why people called it Coulter's Hell when explorer John Coulter of the Lewis & Clark expedition first discovered it and told the world what he had seen. There seems to be hot water of some kind coming from the ground around every turn. This is the greatest concentration of thermal features in the world. There are many colorful mud pots in some areas that bubble and boil, looking much like a pot of oatmeal! Mud pots are not a common sight. 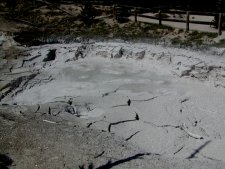 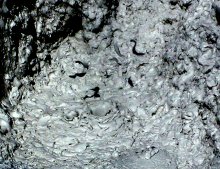 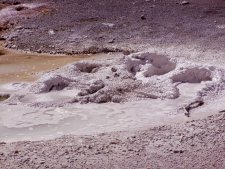 There are hot springs mixed in with the other thermal features. They are the most common of these features and they come in many sizes and colors. 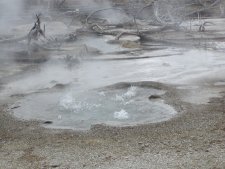 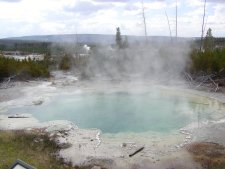 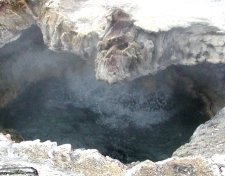 The best known thermal features are the geysers. Old Faithful it not the largest or the most frequent to erupt. It is the most predictable. Some geysers erupt constantly, but they are always small. Others are very large, but they may take as much as several years between eruptions. The largest geyser is Steamboat Geyser, but it varies in frequency from one to five years. There are also many different types of geyser, defined by the type of exit from the earth. 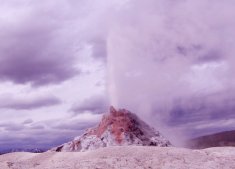 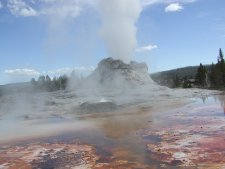 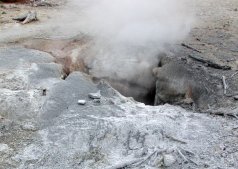 Next to Old Faithful, Mammoth Hot Springs is probably the best known thermal feature. The Mammoth area is at the far north end of the park.

Yellowstone is also a place of waterfalls! While a few are well known, there are far too many to show here, or even to see in one trip to the park. We visited many as we traveled around the park. But there are hundreds of them and many can only be seen by hiking miles into the back country. We did visit one that is only accessible from Idaho, as there is no road to it from inside the park. The Cave Falls area is the least visited area that can be accessed by automobile. 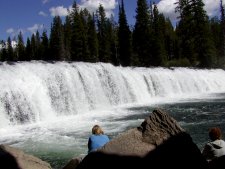 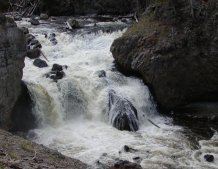 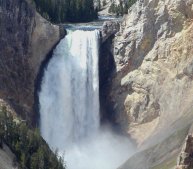 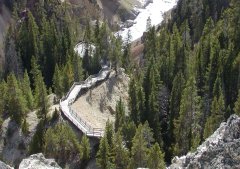 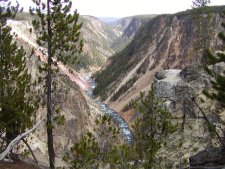 Yellowstone Park is also about wildlife. There are animals that are seldom seen in the wild in any other location that can be seen by everyone here! The elk population and the bison population has exploded since the 1988 fire. There is also far more open area in which to see the animals. 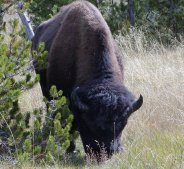 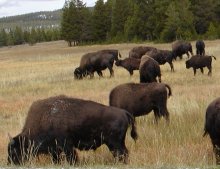 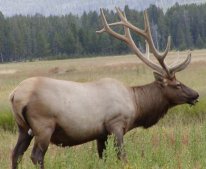 If you visit the park in the fall you will get a chance to hear bull elk bugle to the cows and possibly even see two bulls challenge each other for a harum!

We were fortunate enough to see bears twice on our last visit. The Tower area is the most likely location to see a bear. Both times we saw a sow with cub. But there are many other animals in the park as well. Even though less dramatic than the bigger animals, they too are worth your time to watch. 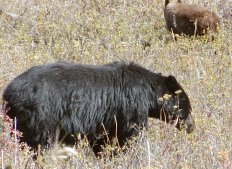 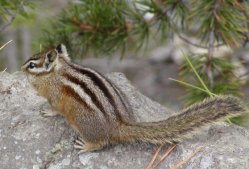 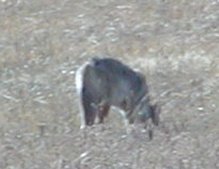 Yellowstone Park is a very special place and one that you should see if it is ever possible. Plan to spend at least several days there and a week would not be too long. And if you are a fisherman, this is one of the world known locations for fly fishing. It is a place that no visitor can ever forget! 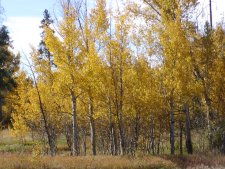 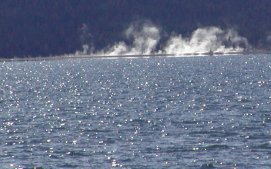 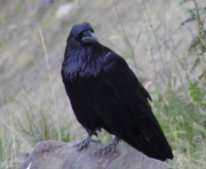