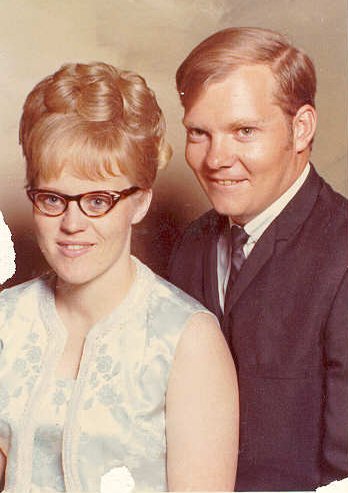 On a fateful Sunday afternoon in January of 1961, a young sailor and a friend were visiting Disney Land for the first time to see the sights and, what else, to look for girls! As they crossed the moat to Fantasy Land Castle fortune smiled, as did two young ladies who happened to be standing there as they passed by. After a whirlwind courtship, Kirk was sent off to New London, Connecticut for submarine school. The courtship continued by mail and Kirk returned to spend part of his leave with Pam before reporting to the USS Seadragon in Pearl Harbor. A year later he attended Nuclear Power Training in Vallejo, Ca. In December of 1962 the two began their life together. Their first home was in a small mobile home, 8’X38’ in Blackfoot, Idaho. From there they went to New London, Conn. for duty aboard the USS Theodore Roosevelt. In 1965 they moved to Charleston, SC. where Kirk served on the USS Woodrow Wilson. There they purchased their first house. In March of 1968, Kirk left the Navy and the young family moved to Denver, Co. to begin a career with 3M Company as a service technician. Three boys were born to them, Karl in 1963, Kirk S. in 1966, and Ken in 1969. In 1971 they were transferred to Cheyenne, WY. where the family found their niche. There all three boys went through school and all three achieved the rank of Eagle, in the Boy Scouts. Kirk and Pam were very involved parents, serving as Den Mother and Cub Master for the boys, as well as Scout Master, Sunday school teacher, room mother, and many other positions in the various organizations the boys were involved in. The two were registered leaders in BSA for a total of seventeen years, taking a particular interest in the Cub Scout program. In 1977 they attended National Camping School and became the directors of Cub Scout Day Camp for the first day camp in Cheyenne. Then in 1978 they were invited to attend the Cub Scout Wood Badge program and they earned the coveted beads in 1979. During those years they were also involved with their church as Sunday school teachers and board members, Pam as Sunday school superintendent and congregation chair and Kirk as treasurer. Since they both believed that motherhood is the most important occupation there is, Pam was also a room mother, active in PTO, and various other school related volunteer positions. Kirk also attended Laramie Co. Community College at night and graduated in 1986. In 1978 Pam returned to work as a bookkeeper, with their the youngest son in Jr. High. In 1989, after all three boys had left home they accepted a company transfer to Ft. Worth, TX. There they lived until Kirk qualified for an early retirement when they sold the house, moved into the motor home on April 14, 2000, retiring on June 29. They have been square dancers since 1982. After forty five years they are still best friends as well as all of the other things which life has brought to them. They now look forward to the adventure of their dreams. 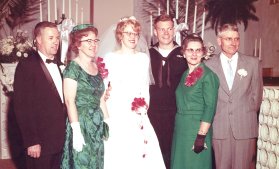 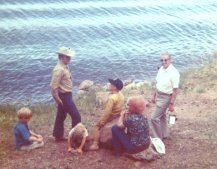 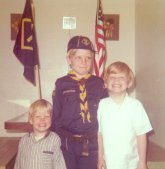 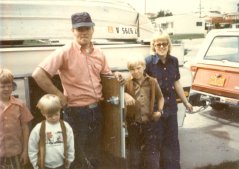 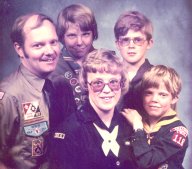