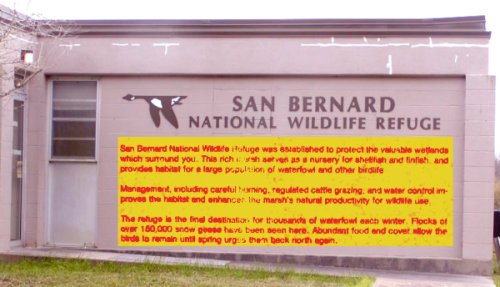 While we don't often return to a location where we have spent several months, especially now that we are experienced volunteers, San Bernard Refuge is one exception. Of all of the locations where we have volunteered, this is the very first to contact us for the purpose of asking us to return. We were asked what it would take to get us to come back and we told them that we wanted an RV site at the refuge headquarters, rather than to commute from the Volunteer Village located about 30 miles away. Much to our surprise, they built a pad where we asked, so return we did! 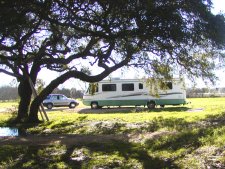 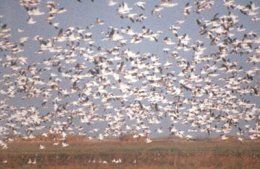 San Bernard is mostly a refuge for water birds, and the most numerous of them are the snow geese, as in the picture just above. Below center, is a picture of an egret and ibis, the juvenile ibis are the brown ones. At left is the biggest live oak tree in Texas and the second largest in the world. Also a part of this refuge is a tract called Hudson's Woods, picture at right, which is mostly a refuge for songbirds that rest here before the trip across the gulf to South America in fall and again upon their return from South America in the spring. I am proud to say that I have had a major part in the development of this area of the refuge. 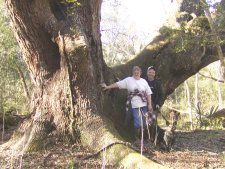 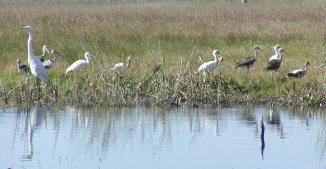 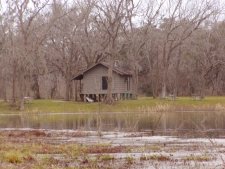 If you are interested in spending some time at this location, it is located about 50 miles nearly due south of Houston, TX. They ask for a three month stay on first visits and you are asked to work on the refuge three days per week(any three that you prefer). They supply an RV pad with full hook-ups, propane, and laundry equipment. They are some of the friendliest folks that you will ever meet and they make a genuine effort to assign jobs that you will enjoy doing. 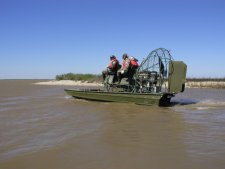 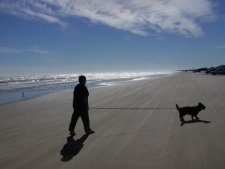 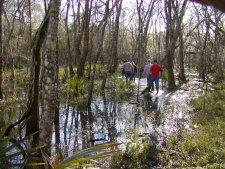 We have returned one more time!

One change since we were last here is that the RV site has been moved, and there are now two sites here and so we have neighbors. 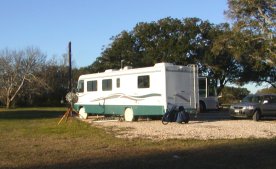 Our new RV site is much more private since it is at the end of the road and yet handy to the refuge entrance. We also have a much improved view from the windshield where we are located now. The staff is pretty much the same as last stay and so too are the amenities. 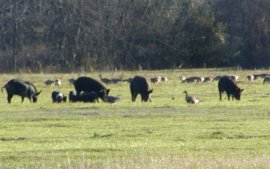 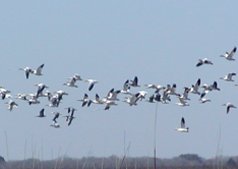