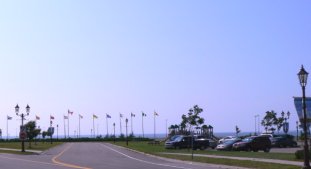 Prince Edward Island can be reached either by ferry from several locations, or by a toll bridge from New Brunswick The bridge is not inexpensive, at $40 Canadian, for a small car, but it is far less than to take the ferry, which will cost more than $200, one way. The bridge toll is only collected as you leave the island, so if you drive one direction and take the ferry the other, drive to the island. 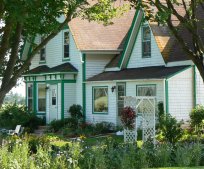 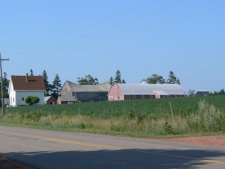 Due to fuel prices in Maine exceeding $3/gallon and in Canada more than $4/gallon, we decided to be different this trip and to leave the motorhome in Maine and travel by bed & breakfast. These facilities are readily available in PEI and many are "pet friendly." In fact, when we arrived the family dog, Rambo was first to greet us and seemed genuinely pleased to have Muffie visit. Rambo was as gracious a host as were Gordon & Marie, the farm couple who's home we stayed in. We felt that this added a great deal to our visit, since our hosts were happy to answer questions and give advice to their guests. I believe that farm folk are pretty much the same, everywhere! 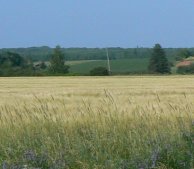 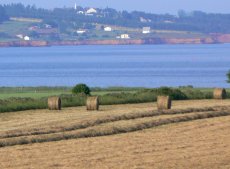 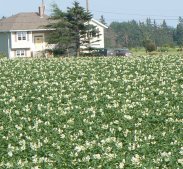 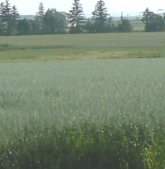 PEI is mostly farm country with a mix of barley, oats, potatoes and hay as the major crops. There are also many dairy cattle here, but the herds are all small because the government sets the amount of milk that each farmer can sell, and controls the price it sells for. 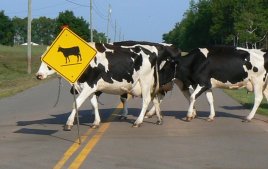 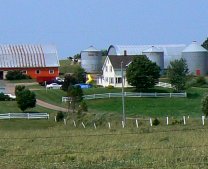 If you have never seen a cattle crossing sign, just drive through rural PEI at milking time. It is really quite common. This farmer did offer to wait for us to pass, but I chose to wait and use the camera. The farmer's dog came to the car to greet Muffie, and the farmer took time to greet us and welcome us to the island. At one point, we were stopped looking at our road map and another farmer who happened by, stopped to offer assistance and directions, as well as to make us welcome. PEI has to be one of the most friendly places that we have ever visited. 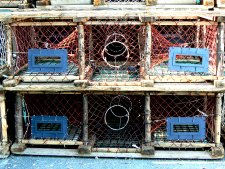 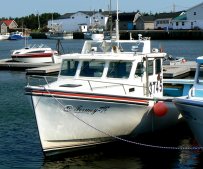 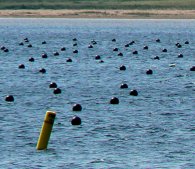 Many of the farmers also own boats and are also fishermen. There are also many full-time fishermen. The island is very well known for it's excellent sea food and for the fishing industry. It is particularly well known for the lobsters that it produces. Several communities hold "lobster suppers" which are a must experience for any visitor who enjoys seafood. Our "supper" came with all of the fresh steamed muscles you can eat, and the same is true for everything except the lobster, even for desert. You pay by the size of lobster you order. 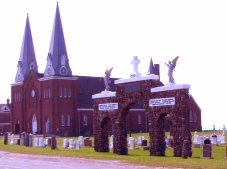 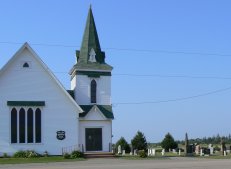 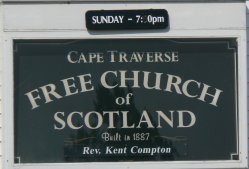 PEI is also a place of churches, with many small, usually white, rural churches all around the countryside. We saw dozens of small churches and a few larger ones and only one that seemed to be abandoned and no longer used. I think this may play a part in it being such a friendly place. 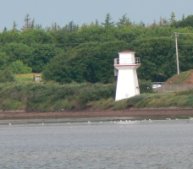 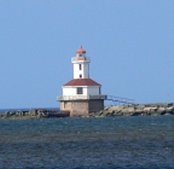 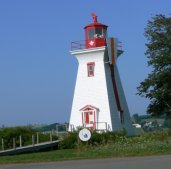 This is also a land of many lighthouses, with a very rugged and rocky shore and many who make their living on the sea. 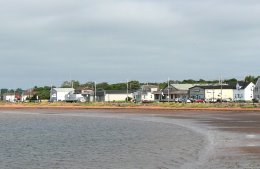 PEI does have some towns and even one small city, but as one might gather from this page, we did not spend much time in them. We visited Port Charlotte and Charlottetown,  the  provincial capital. there are several other significant towns, and many small ones but this is a mostly rural province. 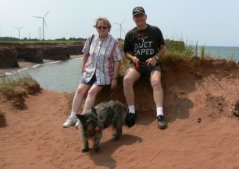 As can be easily seen, the dirt, the rocks and even the sand on the beaches are red. It is actually a very high iron content that makes it this way and the island is mostly made from silt that washed from the Appalachian Mountains, thousands of years ago and was washed her by ocean currents. But the result is that very little that gets into the dirt, remains white. In fact, the perfect souvenir is a PEI "Dirt Shirt" which can be found for sale in most souvenir shops across the island. It is a wonderful place to visit and we will not soon forget it! 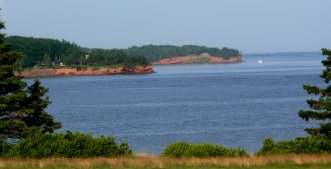